It has been revealed that the second Charity Swimathon organised by the Rotary Club of Mansfield and the Armchair Club has raised more than £4,000 for charities and good causes.

The event, held in October at Water Meadows Swimming and Fitness Complex, Mansfield, was attended in person by the town’s Olympic swimming champion, Rebecca Adlington, and her daughter, Summer.

They were among the swimmers, together with individuals and teams from business, charities, a school and Sutton Swimming Club.

Now trophies are also being handed out to the star swimmers and fundraisers on the day.

The president of Mansfield Rotary Club, Kate Allsop, said they were delighted through the joint initiative with the Armchair Club to have raised £4,038 for local charities, particularly in the “most difficult time” of the coronavirus pandemic.

“I am sure that your readers will want to join in in a heartfelt thank you to everyone who helped to raise this staggering amount during the pandemic.
“Local charities know that there are people in the community who care very deeply.”

The swimathon was held at the Water Meadows Swimming and Fitness Complex, Mansfield.

A further £750 was raised via commercial sponsorship, which covered the operating costs and meant that all the swimmers’ fundraising went to good causes.
The Armchair Club particularly praised the efforts of Sutton Swimming Club, which received four awards. 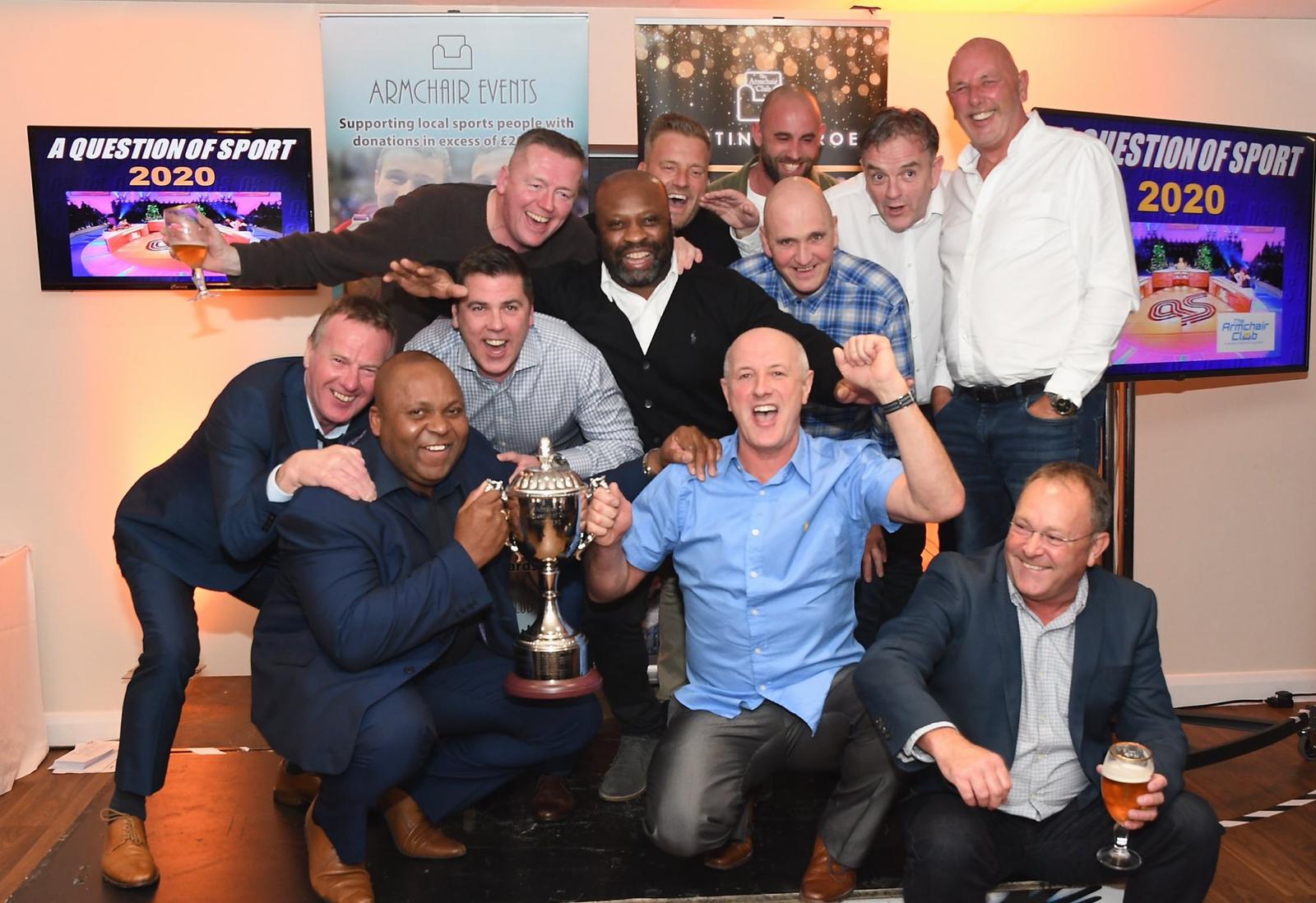 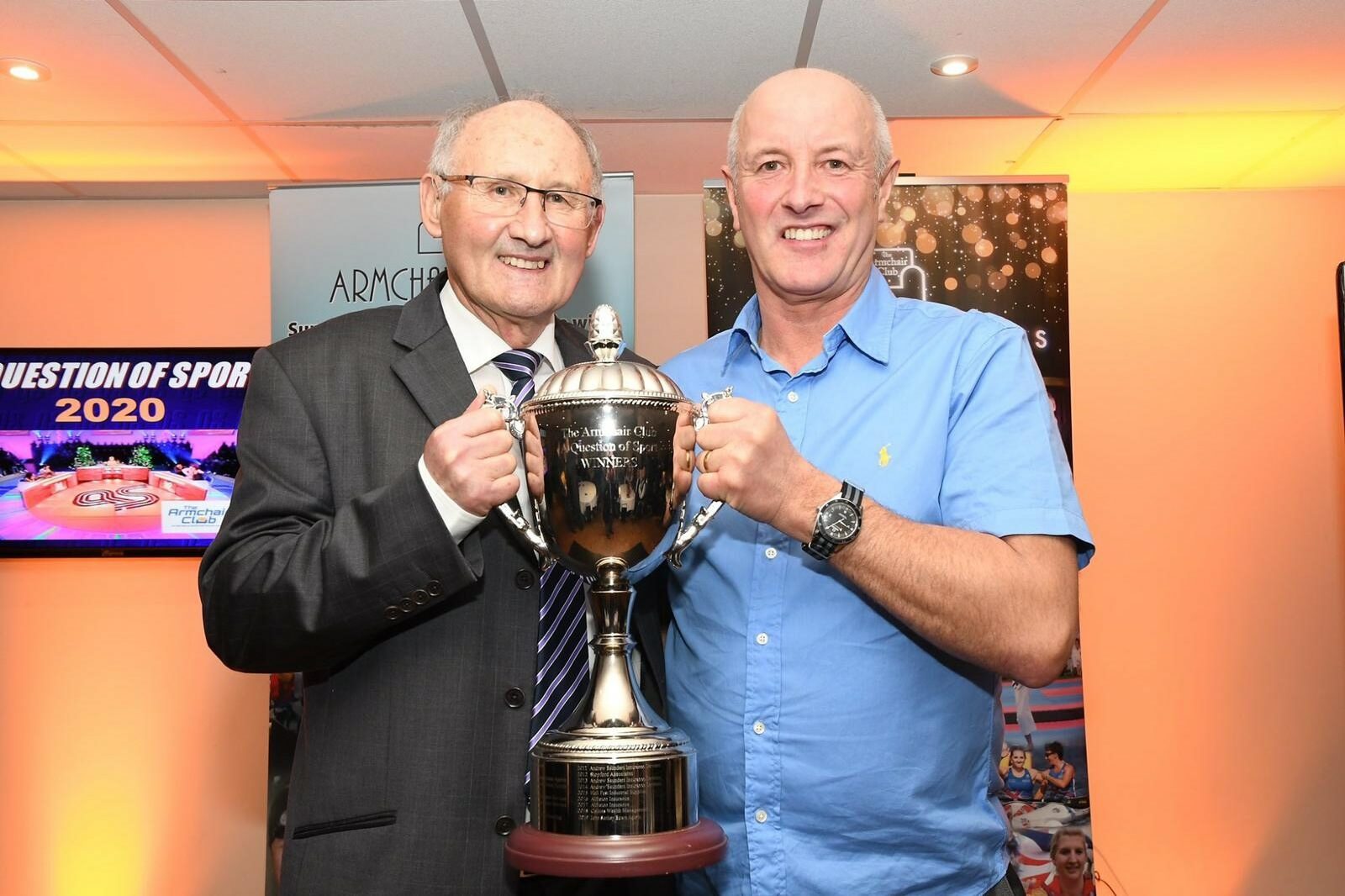 Media personality Stewart Nicholson compared a very enjoyable evening which included a three course meal, with various fundraisers before the quiz, helping the Armchair Club to raise £3,000 on the night, all of which will be donated to local sportspeople and sports clubs.

The quiz as always was a very competitive affair, with local firm Collins Wealth Management winning through on the final round to take the trophy. Mike Collins and his son Ben lead the firm and they are pictured here with their team enjoying the celebration. Media personality Stewart Nicholson compared a very enjoyable evening which included a three course meal, with various fundraisers before the quiz, helping the Armchair Club to raise £3,000 on the night, all of which will be donated to local sportspeople and sports clubs.

The quiz as always was a very competitive affair, with local firm Collins Wealth Management winning through on the final round to take the trophy. Mike Collins and his son Ben lead the firm and they are pictured here with their team enjoying the celebration.

A Mansfield sports club has received a £580 donation from a group that dedicates itself to raising money for sport in the area.

Senior coach Adrian Tranter said: “The funding will enable us to invest in two coaches achieving their level two coaching certificate in taekwondo.

“This will help secure our development plans to have a safe and welcoming club for everyone who wants to participate in WTF Olympic Taekwondo.” Sherwood Colliery Swimming Club received a donation of £1000 towards their coach development programme from the Armchair Club of Mansfield.  The Armchair Club raises money to support local sporting organisations and talented young sportspersons in pursuit to achieve their full potential and is pleased to help the club.   Nik Tewson, the Club’s fundraiser, is delighted with the support from the Armchair Club saying “this donation will allow us to develop  our coaching capacity within the club and help us to continue in carrying on the tradition of producing top class swimmers in Mansfield Thanks to the combined generosity of Mansfield’s Rotary Club and Armchair Club two of North Nottinghamshire’s most talented young athletes received SportsAid Awards of £500 this week to help them meet the cost of training and competing.

Tennis player Freya Christie from Hucknall and volleyball player Ieuan Lamb from Ravenshead both received their awards at a special event  hosted by Mansfield Rotary Club at the Sherwood Forest Golf Club in Mansfield on April 30. The event was also attended by Olympic silver medal winning GB cyclist Bryan Steel, who was himself supported by SportsAid in the early years of his career.